HAMILTON, Bermuda, Nov. 25, 2020 /PRNewswire/ — DEWAR’S® Whisky, the world’s most awarded whisky, debuts its latest multi-million dollar marketing campaign, entitled Stay Curious. Calling upon consumers to „Stay Curious“ and encouraging them to seek out new, memorable experiences across cultures, the campaign is a direct reflection of the brand’s history and ethos. Whether introducing double aging methods, creating limited-edition cask finishes that bring different worlds together in a bottle to create an unexpected flavor profile or supporting out of the box cultural happenings, DEWAR’S has been fueled by a natural curiosity for nearly 225 years.

DEWAR’S has long been a pioneer among whisky brands since its founding in 1846, fostering a unique production process and bringing people together across cultures. Nowhere has that interest and innovation in bringing two things together to make something even more exciting been exemplified more than in its connection to sports. DEWAR’S has been a patron of professional sporting events and helped integrate soccer into the American cultural lexicon for over a century. Notably the brand donated a trophy called the DEWAR’S cup in 1914 for the first ever Lamar Hunt US Open, which is now the oldest ongoing national soccer competition in the US. Stay Curious gives a nod to DEWAR’S centuries long connection to the sports world, bringing the spirit of curiosity and cross collaboration center stage.

Having launched in the North American market, the :30 and :15 second spots of the integrated campaign will run on networks and cable programs throughout the season, supported by digital and print media. The :30 spot takes place in the 1920s and opens with a Scottish DEWAR’S soccer scout who is in the stands surveying the field of an American football game. The viewer sees his focus turn to a player on the bench, effortlessly catching footballs one right after another. Piquing his curiosity, the scout recognizes the benched player’s natural talent and offers him the opportunity to try out as a goalie for a Scottish soccer team. He is presented with a bottle of DEWAR’S 12 year, a token that invites him to explore the possibilities when the worlds of American football and Scottish soccer collide. The result is that the player successfully traverses different cultures and different sports to become a star soccer goalie in Scotland.

„We’re driven by the unexpected, not only through our signature combination of malt and grain whisky alongside our double aging process for extra smoothness but also how we’re reaching across the aisle to work with different spirit categories to source casks for our DEWAR’S 8 year cask series,“

„DEWAR’S approach brings different worlds and perspectives together to create something even more exciting is at the forefront of all that we do.“

„A whole world of possibilities opens up when you find the commonalities in the unexpected, allowing empathy and curiosity to create entirely new, innovative drinking and social experiences that can bring people together,“

„The brand’s keen interest and investment into bringing sports across continents was something we wanted to pay homage to in this exciting campaign as it represents the brand’s ‚wit and grit‘ approach to innovation and experiential marketing. And the viewer also gets to experience this thread of collaboration and combining two different worlds throughout the campaign, even down to director Tim Godsall’s meticulous mix of modern and contemporary details being displayed on this 1920s backdrop.

A 360° campaign, Stay Curious will stretch across product innovation, gift packaging and new cocktail serves coupled with sponsorships, experiential and below the line promotions.

Founded in 1846 by John Dewar, DEWAR’S has grown from a small wine and spirits merchant shop in Scotland, to one of the largest Scotch whisky brands in the world. Best known for its iconic DEWAR’S WHITE LABEL, it has expanded its family to create a portfolio of premium and super premium whiskies including DEWAR’S 12-Year-Old, DEWAR’S 15-Year-Old, DEWAR’S 18-Year-Old, DEWAR’S Double Double Series, DEWAR’S Caribbean Smooth and the exclusive DEWAR’S 25.  These whiskies are crafted using the DEWAR’S oak marrying ageing process, which involves returning the hand-crafted blend to vintage oak casks for further maturation. The result is a smoother taste with a long, lingering finish; a taste that wins medals and applause, making DEWAR’S the world’s most awarded blended Scotch. The DEWAR’S brand is part of the portfolio of Bacardi Limited, headquartered in Hamilton, Bermuda. Bacardi Limited refers to the Bacardi group of companies, including Bacardi International Limited.

Founded more than 158 years ago, in Santiago de Cuba on February 4, 1862, family-owned Bacardi currently employs nearly 7,000, operates more than 20 production facilities, including bottling, distilling and manufacturing sites in 11 countries, and sells its brands in more than 170 countries. Bacardi Limited refers to the Bacardi group of companies, including Bacardi International Limited. Visitwww.bacardilimited.com or follow @BacardiLimited. 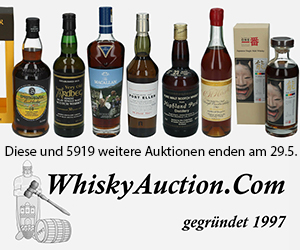