Loch Lomond Group has launched the Littlemill 40 Year Old Celestial Edition (46.8% ABV) in the UK, the oldest expression ever to be released from the now lost Littlemill distillery. 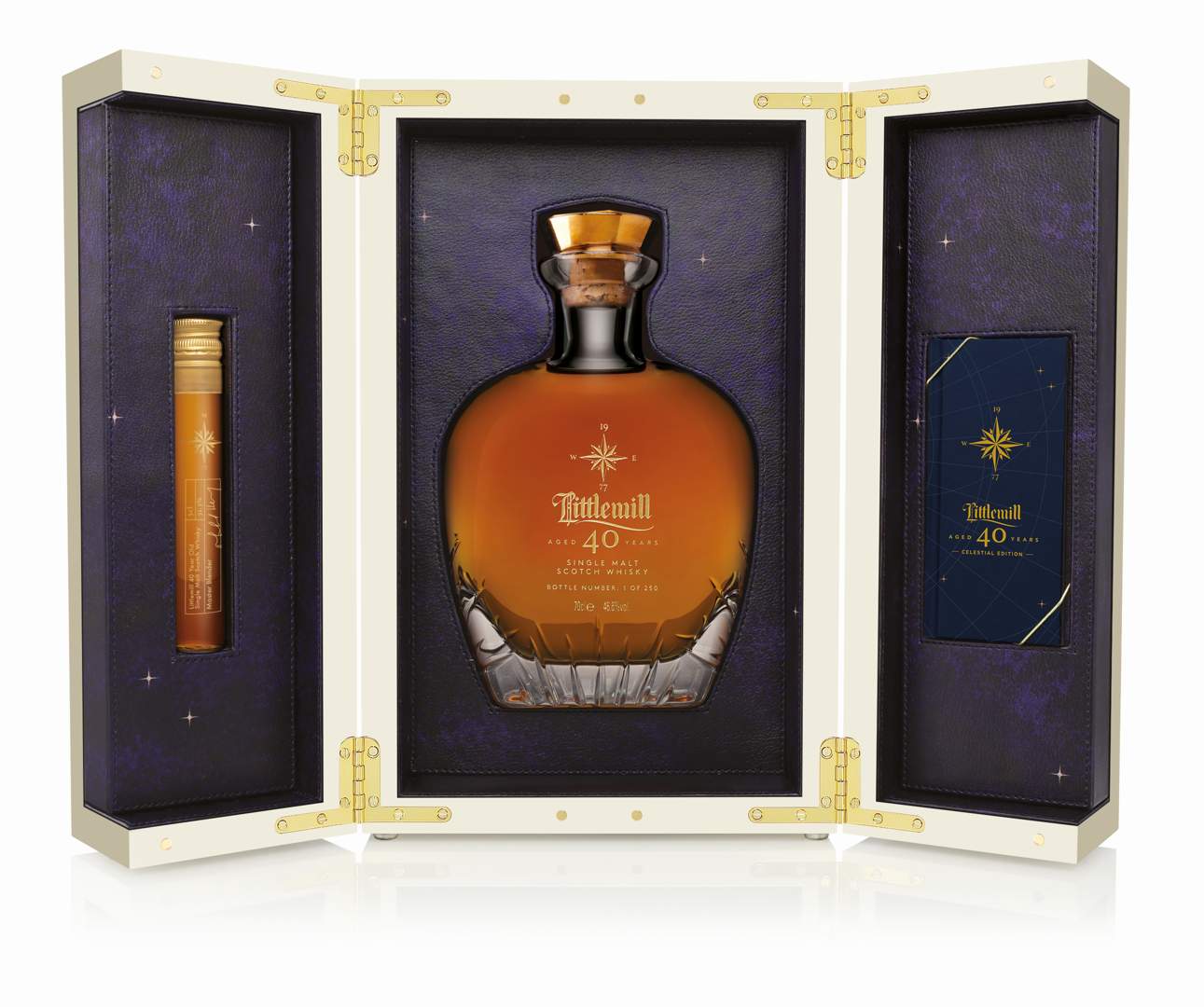 The precious liquid, distilled by what is rumoured to be one of the world’s oldest distilleries, is available now priced at £6,000. Only 250 bottles will be produced in total, making this a much sought-after collector’s item.

Littlemill 40 Year Old Celestial Edition celebrates the life’s work of Littlemill owner Duncan Thomas. The spirit represents the culmination of his knowledge and experience and captures the spirit of his pioneering distilling process.

The stunning presentation box captures an exact map of the night sky seen above Littlemill Distillery on the evening that the liquid was barrelled. Inside, the hand-faceted Glencairn Crystal decanter, each engraved with its unique bottle number, is finished with a solid brass stopper made in Glasgow. Each box also contains a 5cl vial of the 40 Year Old liquid, for those who would like to sample the whisky while keeping the bottle intact.

Duncan Thomas was a true pioneer of Scotch Whisky, pushing boundaries and introducing innovation that would long outlive him. One of his more lasting legacies was the introduction of the straight necked pot still with rectifying heads, that made it possible to create variations on each spirit he produced, allowing him to retain control of the character of the final liquid. This philosophy was embraced by Japanese distilleries in the East, and to mark this, the 40 Year Old box shows the star chart on the night that the spirit was laid to rest, charting the two paths of Duncan Thomas and Japanese Whisky experimentation.

Michael Henry, Master Blender at Loch Lomond Group, said: “The Littlemill 40 year old Celestial Edition is a fitting way to celebrate the legacy left by Duncan Thomas, and the truly exceptional liquid is worthy of his name.”

Rumoured to be one of the oldest in Scotland, and possibly even the world, the Littlemill distillery has a long and fascinating history. Officially established and producing whisky legally from 1772 in Bowling on the banks of the River Clyde near Glasgow, the distillery fell silent in 1994 and was subsequently destroyed by fire in 2004, never to produce a drop again.

Littlemill’s rich history includes a number of owners over its lifetime and it was notably one of the first distilleries to have a female licensee, Jane MacGregor, in 1823. In the 1930s, the distillery was known for triple distillation before moving to the more traditional double distillation now associated with Scotch whisky.

In 1931, under the stewardship of the American Duncan Thomas, Littlemill was at the forefront of still innovation with technical designs that could create three styles of single malts from full-bodied to light. These innovative stills provided the inspiration for the Loch Lomond Distillery, which was opened in the 1960s.

Rare amongst the Lowland malts in using a Highland water source, as well as peat from Stornoway and Perthshire, Littlemill whiskies are renowned for a subtly floral, vanilla-rich sweetness. 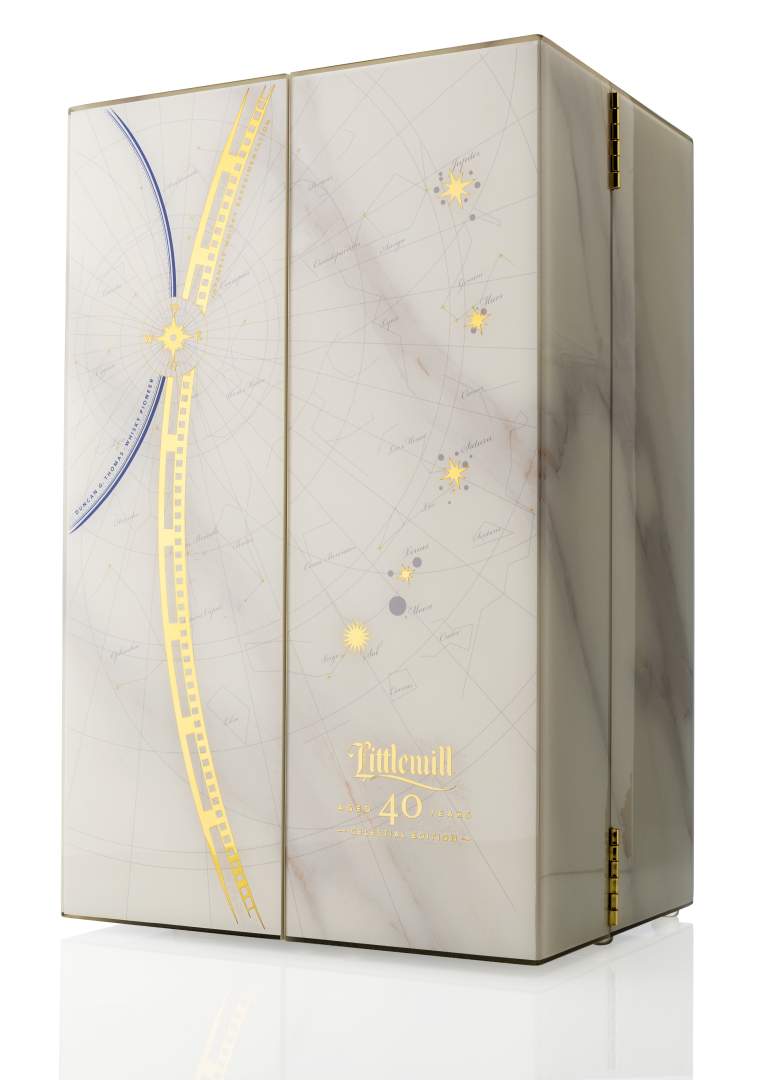 Nose – Floral bursts of honeysuckle and elderflower, early summer hedgerow, with delicate honey sweetness and elegant oak spice of cinnamon and nutmeg.
Taste – Opens with mouth-watering fruits, crisp green apple and fresh pineapple with grapefruit and lime citrus then richer dried fruits of sultana and raisins before vanilla toffee gives sweetness to the mid-palate.
Finish – Long with layers of fruit and spice. Green fruits continue into the finish with gooseberry and kiwi before waves of warming cinnamon and clove spice. 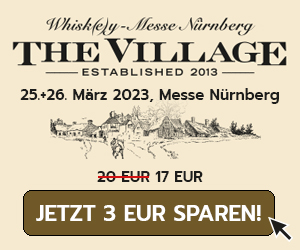 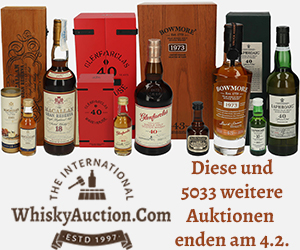